This Spring, I visited Havana, Cuba with Jakera. During my stay I lived, learned, ate and interacted with many of the locals.

My program provided lodging, meals, Spanish classes and local activities. I stayed in a Casa Particular with a very friendly host family, who all happened to be named Patricia – grandmother, mother and daughter.

Every morning at the Jakera house, we had homemade Cuban breakfast prepared for us. Breakfast was followed by a three-hour interactive Spanish class and then we had a home cooked lunch. During class we walked around the city, visited museums and even the beach. It was a truly magical experience!

For those who haven’t been to Cuba this list will help you prepare for the ups and the downs. And for those who have been, this should be a reminder why Cuba is so great!

So here are my 5 Loves/Hates:

Cubans are very happy and friendly people. Everyday I was greeted by hugs and kisses on my cheeks. Even with my terrible Spanish skills, almost everyone I interacted with would give it their best shot to communicate with me and offer any type of help or assistance. People wanted to chat with me, dance with me and take photos with me, I didn’t mind at all.

They are narrow, busy, smelly and dirty. Some roads are just one lane, you have to walk with caution  and watch for the bikes, cars and rickshaws rolling through. Sometimes driving or riding in a car ended up taking longer than just walking there. 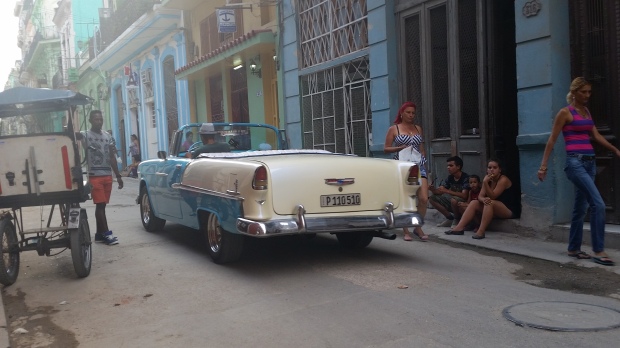 Everyone sharing the street.

They’re classic, they’re colorful and all around awesome! Your average, everyday taxi’s are all from the 1950’s, I mean where else in the world would you find that? It felt so surreal just cruising around town with the top down. 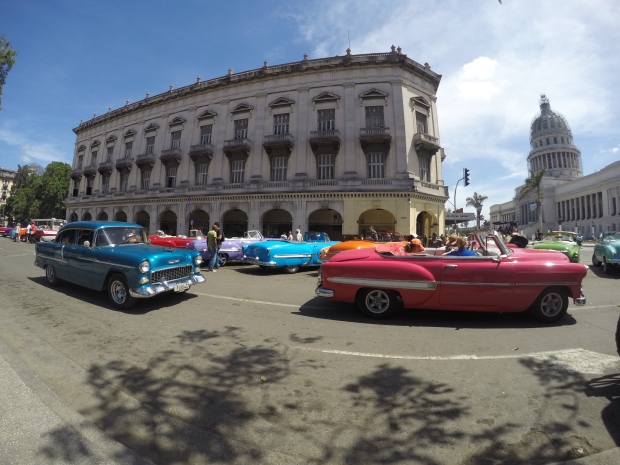 Lined up in front of the Capitol.

So most places don’t provide a public bathroom, but usually restaurants, bars and hotels do. Some places will charge to use the bathroom, even at the airport. But you’re not actually paying to use the facility, you’re paying for a few squares of toilet paper. If the bathroom doesn’t have an attendant sitting outside, it’s almost safe to assume there will not be toilet paper inside or most of the time, no toilet seat either.

From my arrival and seeing the bathroom situation at the airport, I started carrying a roll of toilet paper in my bag. Another tip would be to carry hand sanitizer because most of the bathrooms won’t have hand soap or paper towel either. 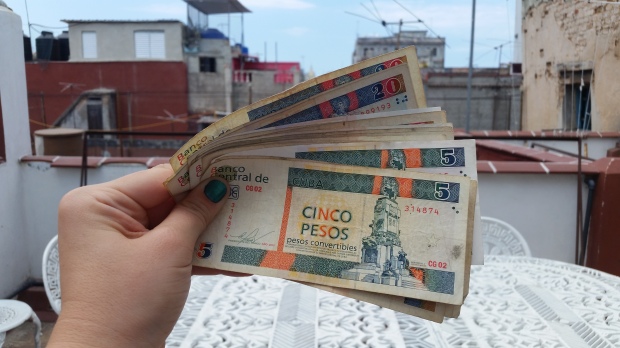 The houses, the buildings, the cars, the sunsets, the vegetation – all of it was so colorful and beautiful! With all the performers, dancers, street art and murals, the city felt like it was alive. Everything was so warm and welcoming, I felt at home in a brand new place I had never been before.

Putting on a show on stilts.

Yes, it is true internet is like a rare commodity in Cuba but it does exist! You can purchase WIFI cards with one hour credit each. The cost is between $3-$5 for a card and it can be used at certain hot spots around town, mostly in hotels and other public places. It wasn’t fast enough for Snapchat or loading pictures, but I could chat easily on Facebook and Whats App which was good enough for me. 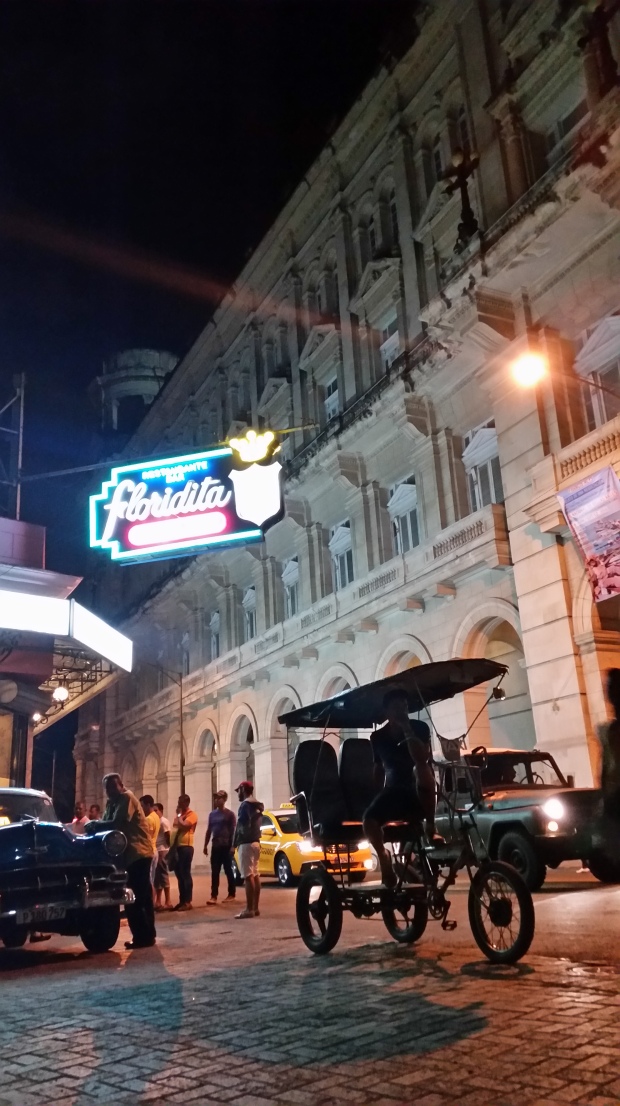 My most used Hot Spot – outside the famous Floridita.

It might’ve been just pure luck but we had incredible weather our entire stay. Only one day was a little cloudy and we still spent it poolside with endless Mojitos. Actually, most of our days were spent at the beach or a local pool and included Mojitos or Crystal.

When I look back, I think the best food I had while in Cuba was the churros from the street vendor 🙂 No just kidding, even though I bought churros like every day.

Honestly, the best meals were the ones provided at Jakera. The food was traditional, fresh and varied from day to day. Most of the meals I ordered when we went out to dinner, were just a slight variation from what was expected. Maybe missing some ingredients here and there, like this pizza.

Everything is so affordable! We would go out for food and a few drinks, the bill was almost never over $20. A ride in the drop top 1950 convertible was usually between $5 -$15. A one liter of water was only $1. The prices were so much lower than I’m used to, which allowed me to save a lot and splurge on some cool souvenirs at the end. 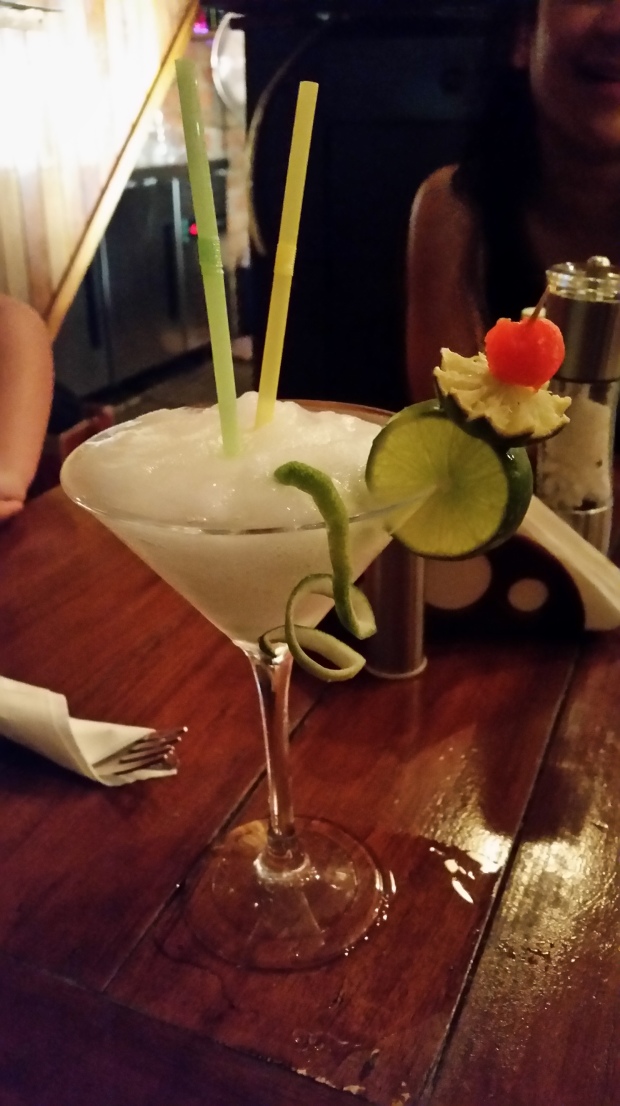 Enjoyed a few of these.

There are smells, a lot of them. Some indescribable and some recognizable. Walking down the street, one minute you might catch a whiff of some delicious food cooking, then two steps later there’s something wet in the street and it smells like death. Some days the dumpsters would be overflowing on the street corner with an unavoidable stench. I learned to just walk briskly and hold my breathe.

Who knows what’s spilled in the street here…

All in all, it was a really amazing experience. I could list a million more loves, and I really struggled coming up with 5 things to hate about Cuba. It’s really hard not to love it!

If you’re looking to travel to Cuba, solo or with a family. I would completely recommend Jakera for a combination of Spanish, culture and adventure.

Essential Travel Tips for Your first Trip to Cuba

How to go to Cuba if You are American

I'm into island hopping, road trips and round the world travels. View all posts by Cassondra Wanders

4 thoughts on “5 Reasons to Love/Hate Cuba”